“The Government’s announcement in February that it would create five million hectares of new national and marine parks is the largest single commitment of its kind in Australia’s history, and a big win for nature,” said Linda Goncalves, spokesperson for the Create Ranger Parks campaign.

“Today’s park creation is a significant milestone towards this goal.” 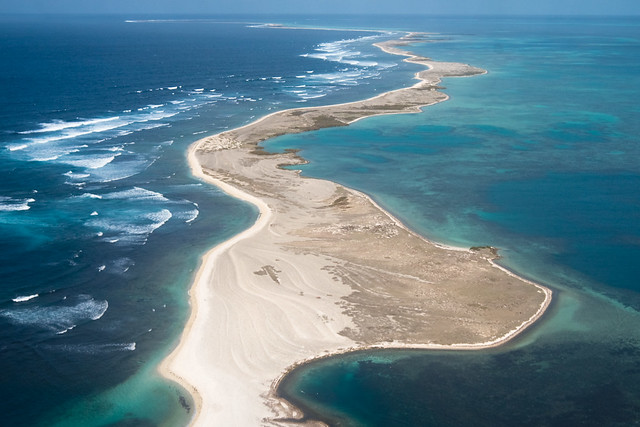 The Houtman Abrolhos Islands are a unique and special part of Western Australia – a series of low, windswept coral cays off the coast of Geraldton. They are home to more than 90 species of seabirds and are one of the most important breeding sites for tropical seabirds in Australia.

The unique marine environment surrounding the islands is a playground for the Australian sea lion, and the islands’ diverse flora includes mangroves, saltbush and salt lake vegetation.

“The new National Park is an essential step towards greater protection and improved conservation management of the Houtman Abrolhos Islands,” Ms Goncalves said. “As with all national parks, outcomes for nature will depend on the Government establishing an appropriate level of funding to ensure effective management of sensitive environments.”

“With proper management and funding, national parks are at the centre of WA’s efforts to ensure our unique wildlife thrive in the future. We congratulate the WA Premier, Environment Minister and their colleagues on this significant milestone towards the State’s visionary conservation goals,” Ms Goncalves said.