The residents participated to support a proposal for five million hectares of new national parks in Outback WA.

The painting, led by Indigenous artist Grace Comeagain from Urban Indigenous, was a show of support for Create Ranger Parks.

The painting will be presented as a gift to Rockingham MLA and Premier Mark McGowan later this year. 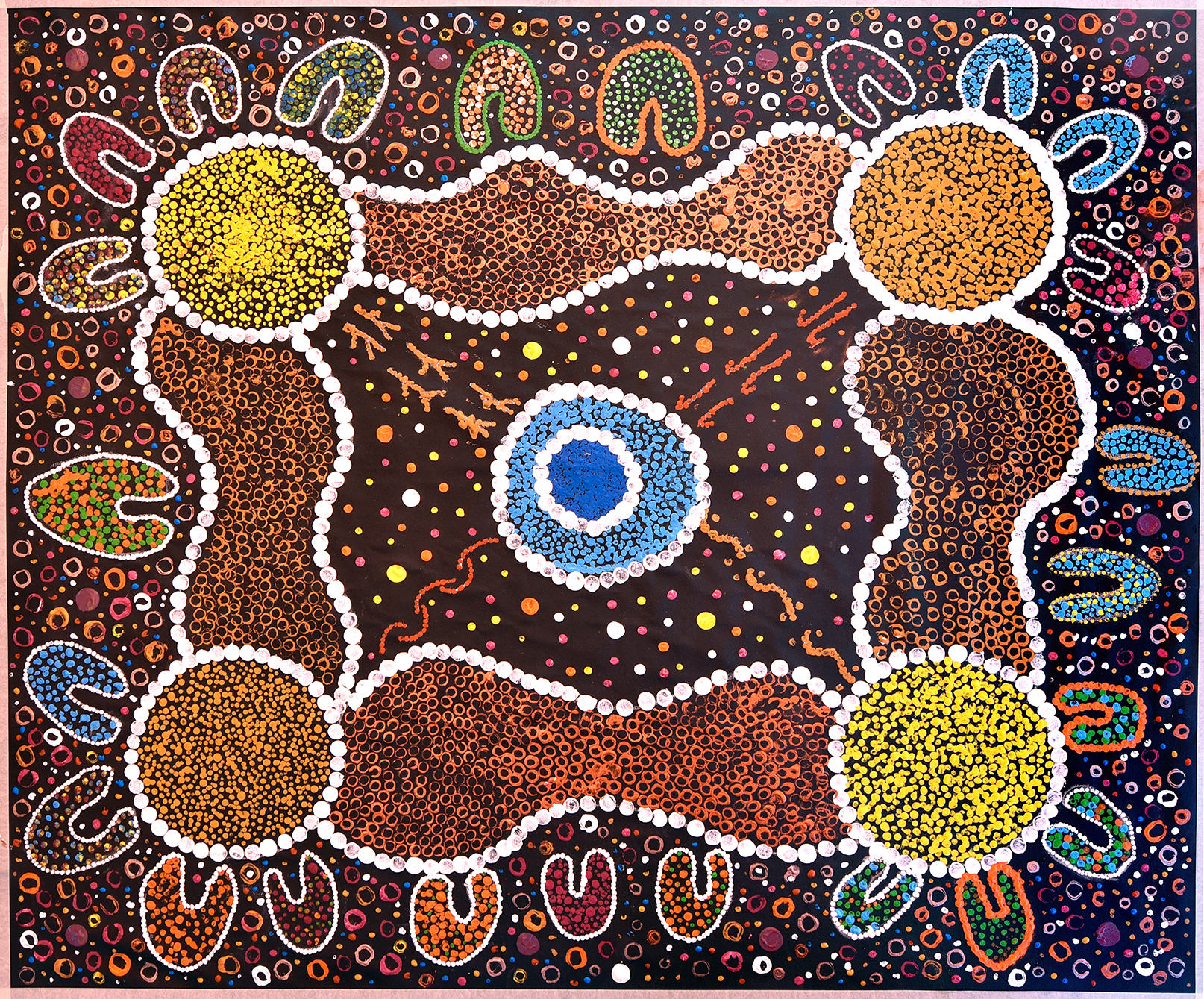 Create Ranger Parks is a community-based initiative to create a major network of new national parks managed by Indigenous rangers in the Pilbara, Mid West and Gascoyne.

Ranger Parks initiative, five million hectares of former pastoral stations in WA’s Outback purchased by government for conservation 20 years ago would become national parks for all West Australians to enjoy.

Rockingham resident Jackie King said taking part in the dot painting had been a meditative experience.

“It gave me plenty of time to reflect on the Outback landscapes that we’re trying to protect,” she said.

“National parks are so important for people to connect with nature and have a break away from the stresses of city life.

“I really encourage the government to seize this huge opportunity for WA.” Comeagain said.

the painting represented many people from different groups talking about how to care for the land of the proposed Ranger Parks properties.

“The central circles represent a waterhole, with tracks of emu, kangaroo, lizard and snake coming to the waterhole to drink,” she said.