Posted by Viviana Bernal on 20 February 2019

Today, the WA Government has announced that it will create five million hectares of new national parks and marine parks across WA over the next five years. This is a huge win for WA and a great opportunity to create Indigenous Ranger jobs.

Major new national parks are exactly what nature needs right now. It’s the biggest expansion of WA’s national parks ever announced – and the biggest in Australia too! What it means is better protection for amazing landscapes and for the unique plants and animals that call WA home.

The amazing scale and ambition of this announcement could not have happened without the Create Ranger Parks community. 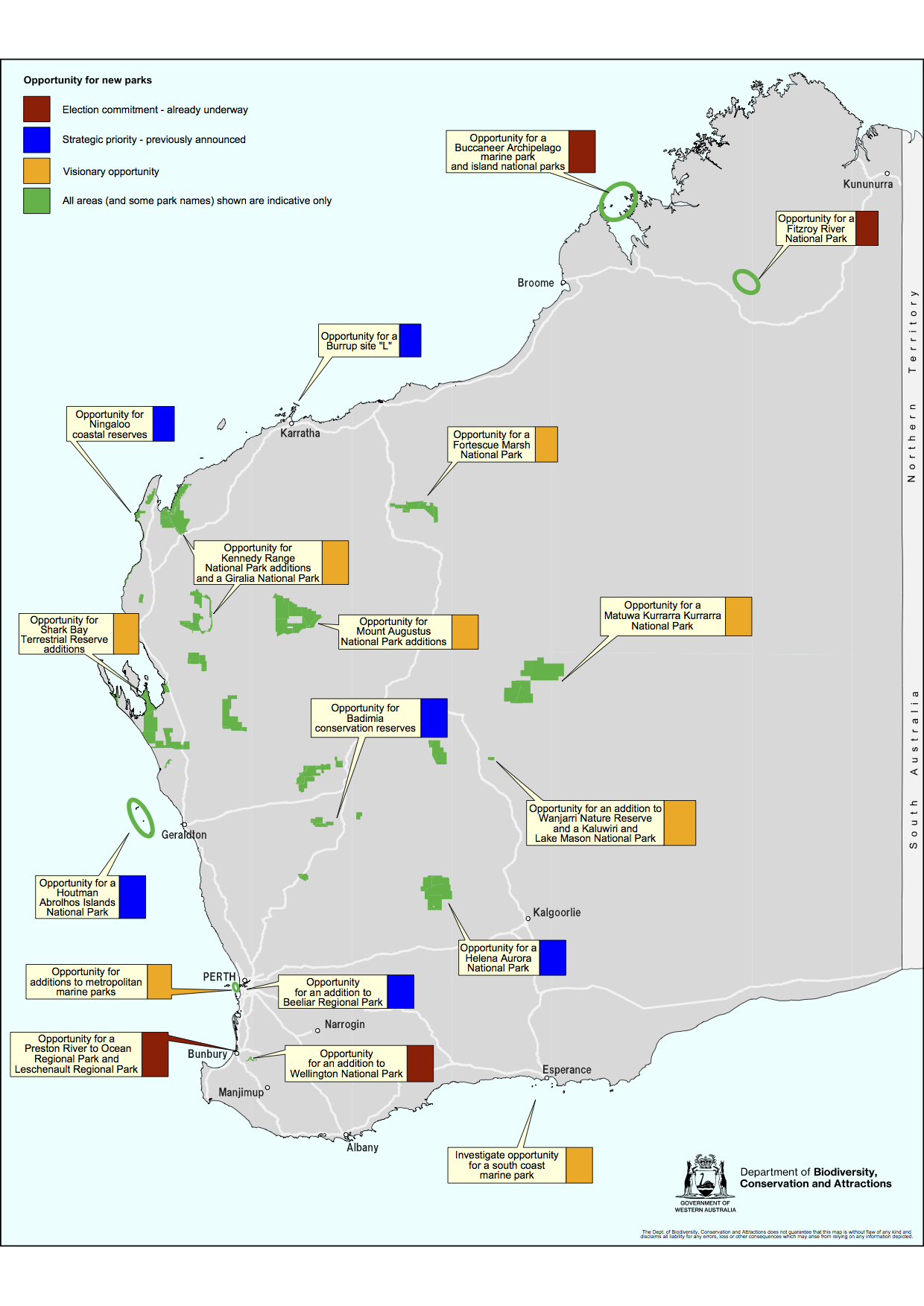 The areas earmarked to become new parks span from the South West to the Kimberley, taking in parts of the Pilbara, areas adjoining Ningaloo and Shark Bay, and even some areas close to Perth. The Government’s plan encompasses about half the Create Ranger Parks properties plus areas from other parts of the state too.

This announcement marks the beginning of a five-year journey towards ensuring that these new national parks deliver real benefits for all Western Australians. Protecting our unique plants and wildlife is vitally important for future generations, but only genuine community involvement and consultation combined with proper management and long-term funding will guarantee the outcomes we all want to see.

Engaging Indigenous people in genuine and empowering partnerships to manage their traditional lands will be critical to the success of government’s ‘Plan for our Parks’.

Want to say thank you to Government for this amazing news?

Find out more on the "Plan for Our Parks" government website here.