Cue pastoralist Michael Clinch says he needs to diversify his pastoral property in order to survive.

Mr Clinch is one of a growing group of land users seeking to soften their rangelands reforms issues with the State Government, rejecting the Pastoralists and Graziers Association's hardline approach in rejecting the Lands Administration Bill in its current form.

Mr Clinch said he believed the PGA's approach was out of line with the current needs of many people in the pastoral industry who were desperate to find alternative revenue streams away from total reliance on livestock.

See the full article below. 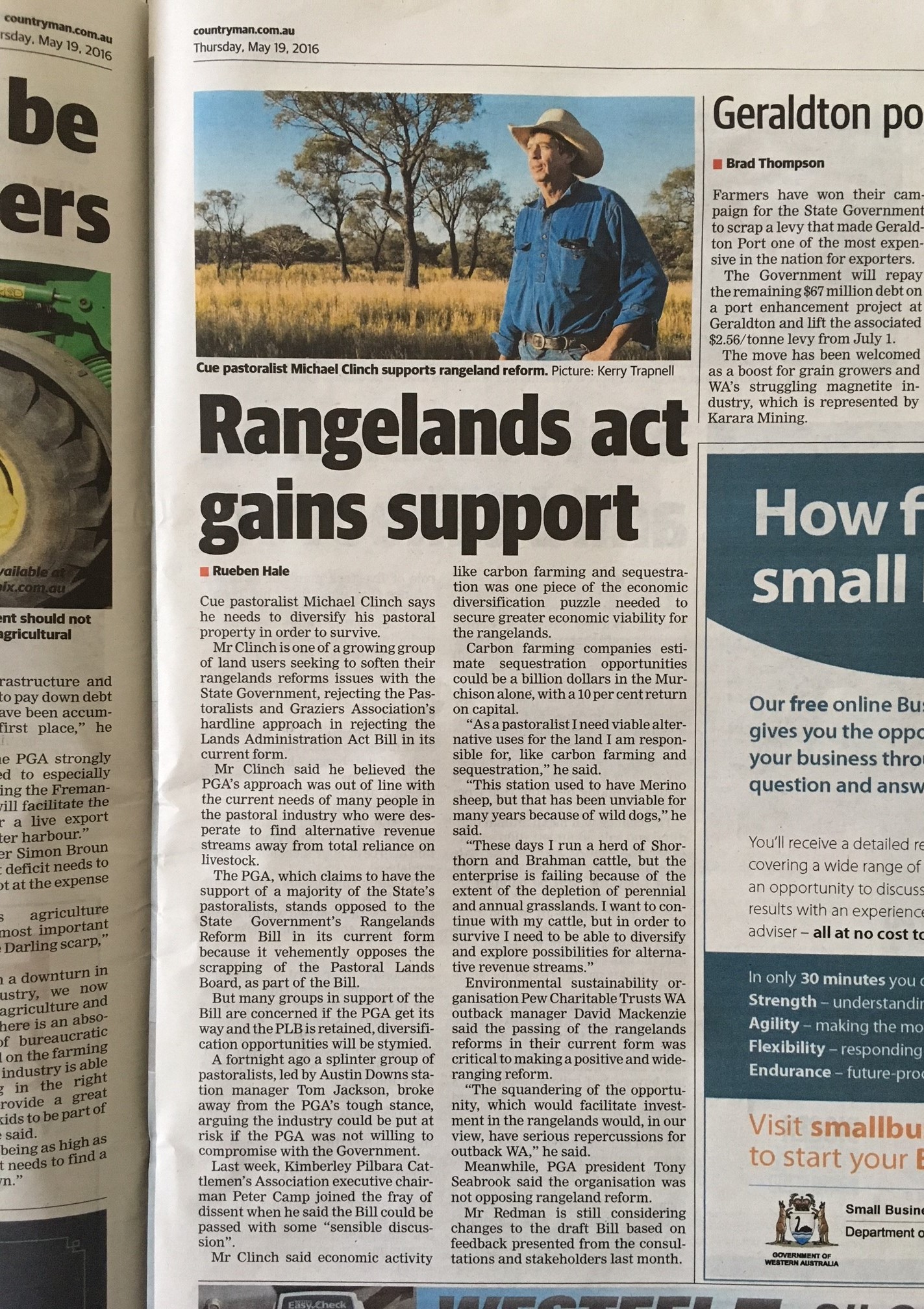