An experiment in rangelands conservation has taught station owner Michael Clinch that it is a tough task improving the environment while trying to run a business.

Mr Clinch's family bought Nallan Station in Western Australia's mid-west in 1999 when it was a severely degraded merino sheep property, like much of the southern rangelands.

His goal was to regenerate the native grasses and plants by carefully limiting the number of stock grazing the land.

"I was told, 'hey mate, this is sheep country, not cattle country; this is shrub lands, this is not grasslands'," Mr Clinch said.

"But I truly believed [and] I can show you perennial grasses, increase of annual grasses, and the increase of the suite of grasses and shrubs and the likes of river saltbushes as well."

He said the key to the land's recovery had been perfecting the art of "feed budgeting" — or working out how many cattle the land can feed during different seasons. 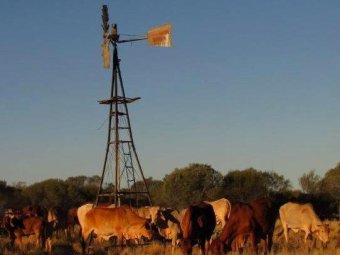 Nallan Station in WA's mid-west has undergone a transformation under the Clinch family ownership.

"I have a visual of a weaner with a backpack and that's the amount of feed he needs coming into a dry time when digestibility starts to drop," he said.

"The cow and calf is basically the suitcase that goes in the undercarriage.

"So I have that vision in my head, but always with the intent of wanting to make the rangeland better.

"We don't want them to completely scrape their plates, we want to leave something there for tomorrow."

However, Mr Clinch said it was distressing to sell stock when there had not been enough feed.

"It's at an intense personal cost, but for public gain," he said.

"There have been some tough calls because it's so easy to say, 'she'll be right mate, hang on in there, it'll rain soon and everything will be right'." 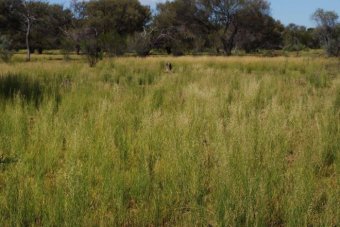 Mr Clinch chose to take an off-farm job to help pay for the station's regeneration.

He said it was an incredible challenge trying to improve the environment and make a dollar.

"But we must find a way. If we can't graze our way back to a sustainable economic bottom-line, we've got to look at alternatives," he said.

"It's paramount that we find a way."