Posted by Viviana Bernal on 28 November 2016

Being custodians again is healing for the Nyangumarta mob, writes Rueben Hale.

Nyangumarta woman Nyaparu Rose wants her mob’s return as custodians of their motherlands to be an example of how a return to traditional lands has a medicinal effect on Aboriginal people separated from their culture.

The grandmother and great-grandmother has experienced two worlds — living on traditional lands outside Broome as a young girl and then having to adjust to European ways as an eight-year-old, going to school and conforming to white man’s rules growing up in Port Hedland. She has been a passionate advocate for indigenous ranger programs because it gets the younger generation out on country, mentored by elders who look after country and significant cultural sites. 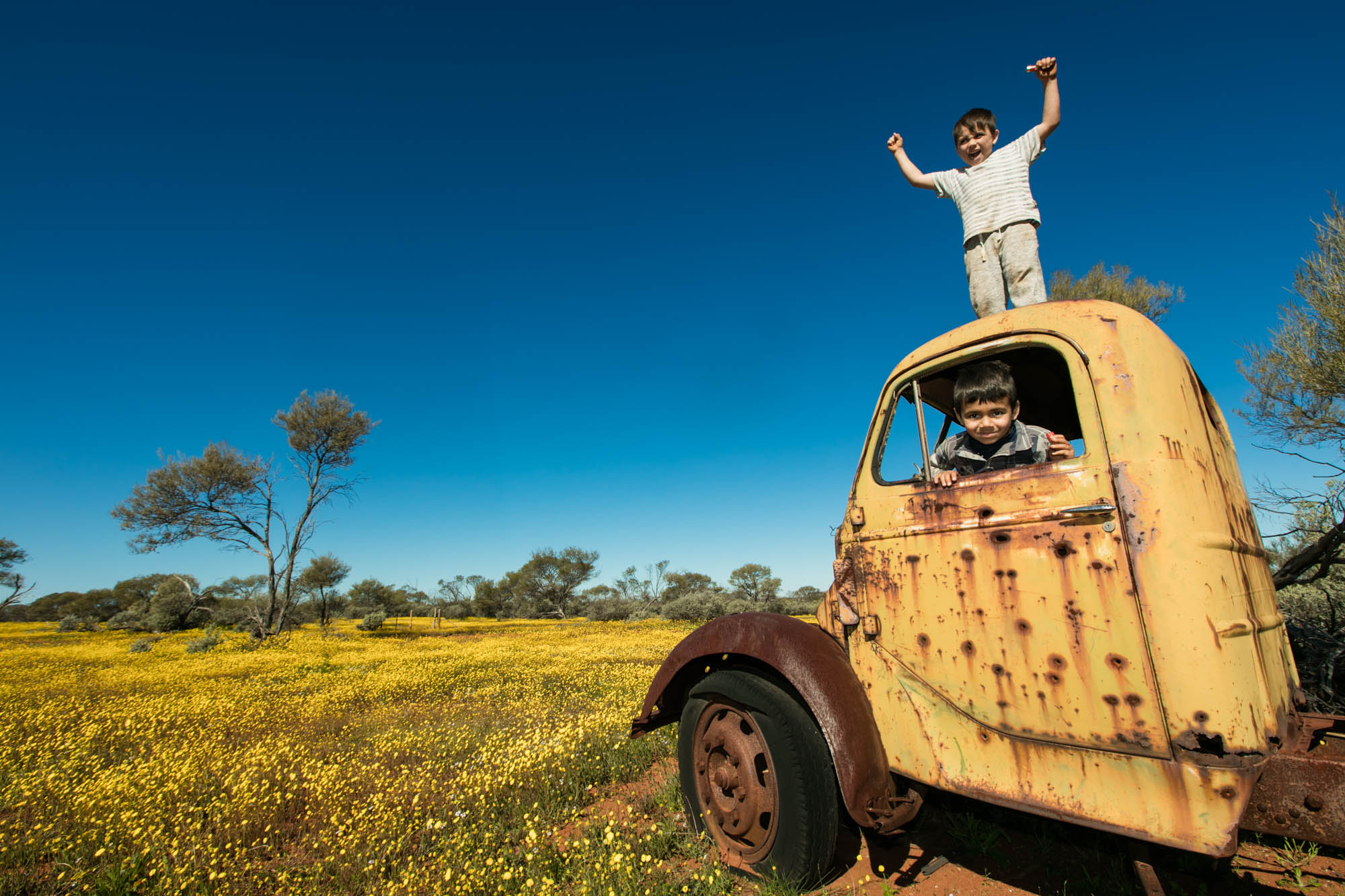 Kaiden and Jai Lane on the former Lochada station.

Ms Rose and her Nyangumarta people are an example of the success Aboriginal rangers can have helping their people and our country. She is proud of her people returning as rangers to retake their place as traditional owners and custodians of their lands and she is now working with other Aboriginal groups to do the same.

The Create Ranger Parks initiative, launched by environmental group the Pew Charitable Trusts at Kings Park this month, is a chance to achieve that dream under a transformative plan to convert five million hectares of former pastoral lease properties into national parks and to have them managed by new indigenous ranger teams.

Indigenous ranger programs have been in place in many parts of Australia for more than a decade. Rangers are trained to use traditional knowledge and modern science to control feral animals and noxious weeds, but also use fire to regenerate the land.

An analysis of the Federally funded ranger program has also found significant economic benefits as well as environmental improvements.

A study by Social Ventures Australia commissioned by the office of Prime Minister and Cabinet in July this year found that an investment of $35 million from Government has generated social, economic, cultural and environmental outcomes with an adjusted value of almost $97 million.

The almost three-to-one return on investment suggests that building on that success by investing in more jobs would lead to even greater benefits for indigenous people and our shared natural heritage.

Ms Rose said she is motivated to support the initiative because she remembers the sense of loss she felt when she was moved from the place she loved, to live in a big town.

“I grew up on Mandora days were spent hunting for bush tucker and living by local traditions developed over tens of thousands of years.

“My mother chose to leave the station because our people were not treated well by the station owners at the time. Our people were made to work long days for very little food and pay Station, which was on my people’s traditional lands of Nyangumarta,” Ms Rose said.

“I was told stories from the elders speaking the Nyangumarta language. Our and that is why my mother, like many other people in those times, chose to walk from their lands in search of a better life.”

Ms Rose said the disconnection meant leaving her culture and the wisdom of her forebears behind.

“We didn’t like it but we were having to get to know the new ways of living and not going bush,” Ms Rose said. “People didn’t want us to go home, but even if we were allowed to go in those days, during the 1950s people didn’t have good vehicles to go out hunting out bush.

“The new life made us unhealthy, too, because before moving from the station we lived off the land and we lost that when we entered into the town life. In the bush life everything was cooked fresh in the ground oven, without adding fat, sugar and salt. In town we were given all of these different fast foods and lollies.

“Our people not only lost traditional connection but also became unhealthy from our new diet and lack of everyday exercise. Hunting and gathering is an exercise because you’ve got to walk miles to find the tucker and bush food like meat. In the town our people ate the wrong foods and it caused diseases like diabetes, kidney failure and other chronic illnesses.”

Ms Rose says she wants her grandchildren and great-grandchildren to learn the stories and the ways of her culture. “When I go back, because our country is out in the sea and land, I am entering my country on the highway,” Ms Rose said.

“My feelings are open because I know that I am home in my country. You can tell by the trees and the bush that it is your country. In my body I feel freed. Once I have entered my Nyangumarta country I start talking to my old people and I start talking to the spirits and they protect and guide me.”

She calls this return medicine for herself and her people and recounts the emotion and happiness the elders of her mob felt when they reconnected with their country. She tells of the relief to see the elders coming home for the first time in years, their eyes alight with enthusiasm as the reconnection makes them remember the stories their elders had told them and they would now be able to tell to their children again.

“Their memories start coming back and the men and ladies start singing songs. They’ll say to us, ‘we’ve been there, over there, look that hill over there’, and they’ll call it a name. So the cycle of teaching begins again. 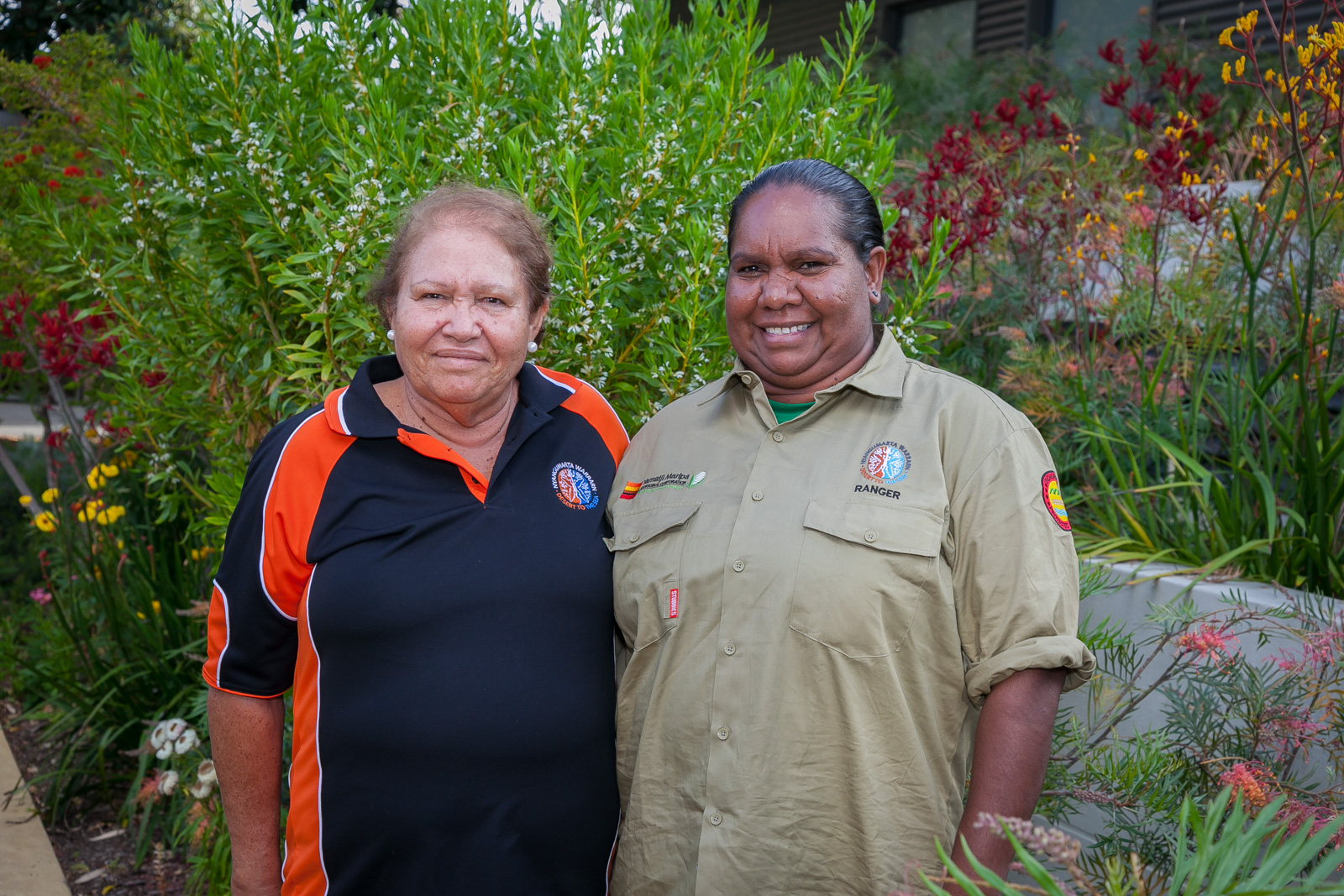 “When the kids from town first come they don’t know what to expect. They have their mobile phones and Facebook, but it’s funny to see their faces when they realise their is no mobile reception or internet in our traditional country. But taking them out on country and educating them about the ways and things of their country changes their spirit and they soon forget about town and want to learn.”

Murdoch University sociologist David Palmer said there were essential elements that make good health and wellbeing for the spirit, which is called “liyan’ in the Kimberley.

He is responsible for sociology and community development at the university and has been involved in research work with several Aboriginal ranger teams in the Pilbara over many years.

“Spending time on your ancestors’ and your country is very important, because when human beings keep country healthy, the country, in-turn, keeps them healthy,” Dr Palmer said. “In traditional systems they were skin based, but the Western culture we relate to this as community involvement,” he said.

“Catching up with your family keeps you healthy and in its absence we get sick. Those two things are connected because Mother Earth is related to you, so country is not just an abstract object, it’s your relations and, your old people and ancestors who pass away go back and dwell in country.”

“Aboriginal elders have an obligation and a joy to pass on that knowledge to the middle-agers that pass it on to their children,” he said.

“So again in the absence of that knowledge you get sick, or you are seen as selfish; your kids will certainly get sick, but if you do those things it will help the kids.”