Posted by Suzannah Macbeth on 13 October 2017

Pastoral leases covering one third of Western Australia are in decline and the system supposed to improve degraded lands is failing, according to a blistering report by the state’s Auditor-General Colin Murphy.

He said monitoring 507 leases — covering 90 million hectares, an area bigger than Western Europe — had declined from 15 per cent of all leases each year to only 3 per cent since 2009, meaning it will take more than 20 years to inspect each lease.

This is despite attempts to bring the state’s pastoral estate under uniform control in 2015, when all WA pastoral leases were cancelled on the same date and all but two leases renewed.

The extent of eroded and degraded cattle country featured in a 2012 government report, which found that sustainable leases made up only 19 per cent of Pilbara leases, 26 per cent of leases in the Southern Rangelands, and 65 per cent of Kimberley leases.

In his latest report tabled in parliament, the Auditor-General found that pastoral land was not adequately protected by the current system of land monitoring and administration.

Mr Murphy said pastoral land had been under threat for more than 75 years but efforts had been limited in ensuring long-term productivity or halting the decline in condition. 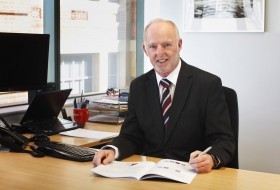 He said the Pastoral Lands Board, charged with administering all leases, “is unable to fulfil its mandated function to ensure individual leases are managed on an ecologically sustainable basis.”

He said the board lacked procedures to manage pastoral lands, and there were no policies to guide rehabilitation of eroded rangelands.

Part of the problem was a drastic decline in departmental staff in primary production by nearly 40 per cent since 2007, he said.

“Pastoralists we spoke with routinely expressed concern that there was a lack of understanding of their industry by remaining agency staff who administer the pastoral estate, and often the surrounding land,” Mr Murphy said.

Pastoralist Jason Hastie, from Pingandy Station in the Pilbara, said the auditor’s findings showed the pastoral board was “completely out of touch”.

“They have never achieved much, and never developed policies about sustainability.” He said Pilbara pastoralists were being blocked in their attempts to support carbon farming as a way of restoring degraded lands by taking cattle off.

The Auditor-General singled out a lack of even basic information, with annual lessee returns and rental payments stored in multiple unlinked spreadsheets in which data did not match, recording different lease numbers and names.