Posted by Suzannah Macbeth on December 12, 2016

WA's first ever Outback Carbon Farming Conference took place in August this year, sparking increased interest in the potential of carbon farming in the rangelands. In the wake of the conference, the Carbon and Rangelands Policy Working Group was formed, and they've now released their first report.

The report has found that carbon farming could be worth almost $200,000 each year to the average pastoral lease in the southern rangelands. The report garnered media coverage in The Weekend West's business pages - read the full article below. 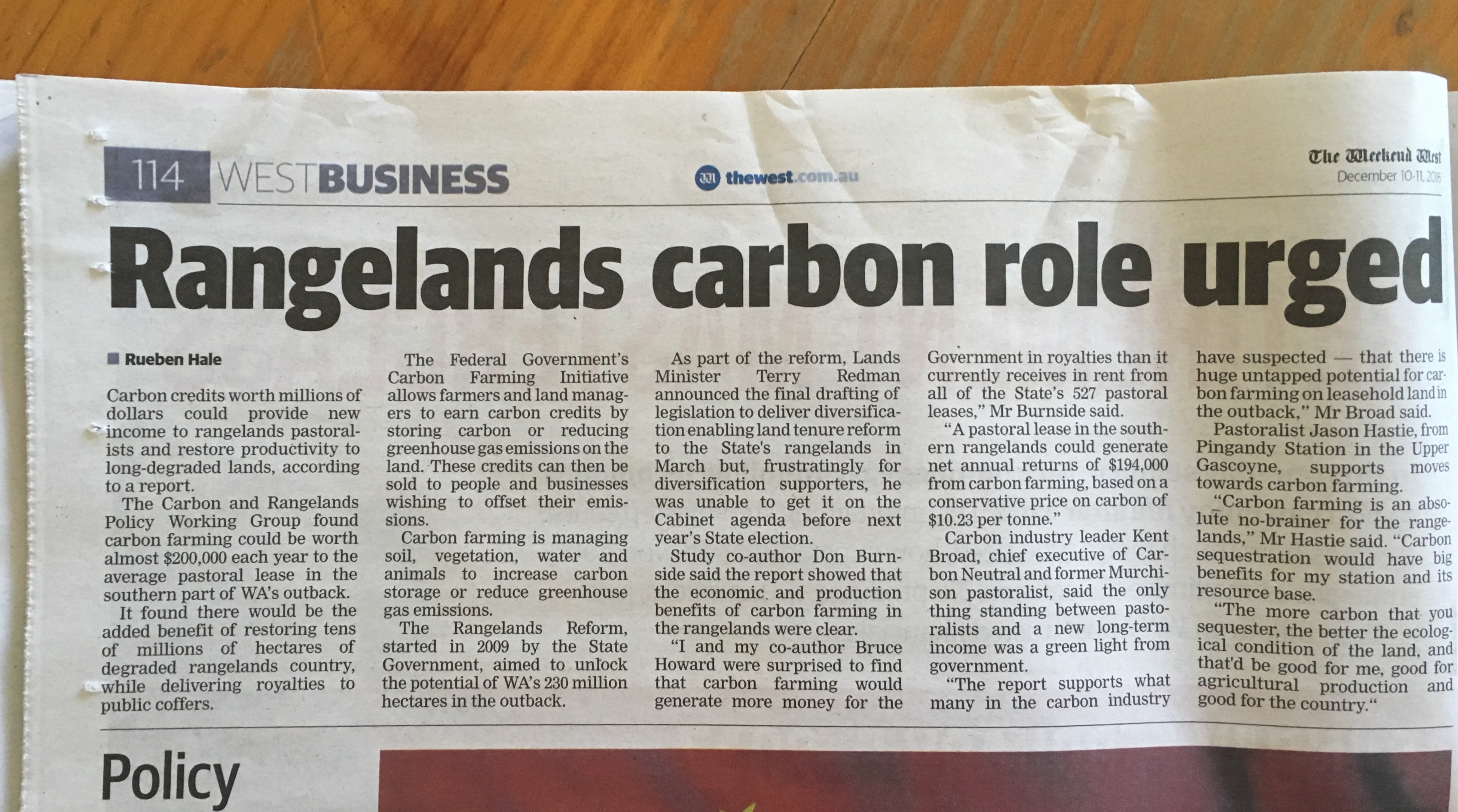