Drive inland, north east towards the desert country, and WA’s Outback is a magnificent place. This old landscape is weathered from millennia of stability, where the changes to the earth are gradual.

This is not a place of recent upheaval; of land subsiding and mountain ranges pushing up from the former flatlands. It shows instead the passage of time through the weathering of creases in the land from water and wind; in the delicacy of ancient soil, easily blown or washed away wherever it is not held in place by slow-growing, long-lived plants.

After the rains, there’s a blossoming of colour: temporary and vibrant beneath blue skies, brightened by the distance of the horizons. We drive through the Murchison, entering Wooleen Station’s south boundary 37 kilometres from the homestead. This land has been inhabited for thousands of years by the Yamaji Wajarri people. 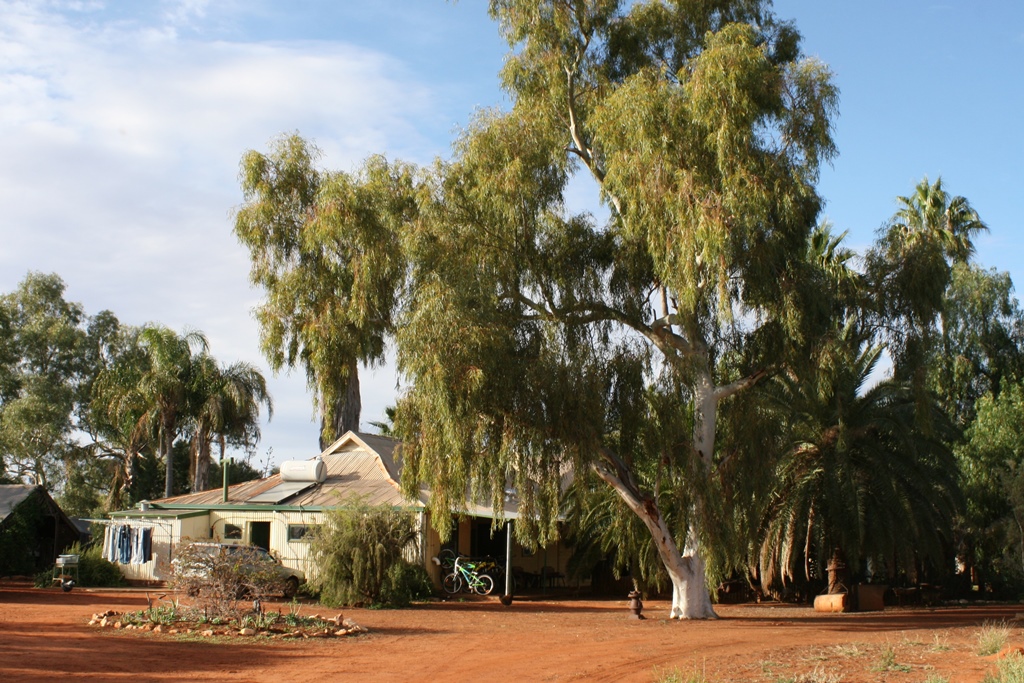 Now, the pastoral lease is managed by David Pollock and Frances Jones. Wooleen Station (and the love story of David and Frances!) has featured on Australian Story twice, so readers may already know some of their story. You can watch the 2014 Australian Story episode here.

The 150,000 hectares of Woolen had - until very recently - been grazed by cattle or sheep since 1886. Like many stations in the region, it had suffered as a result of historical overgrazing. High stocking rates early in the twentieth century, including through the severe 1930s drought, led to extensive damage to the native vegetation.

This degradation led to David Pollock’s decision in 2007 to remove stock from Wooleen so that the land would have a chance to rest and recover.

This was a brave decision, given that pastoral leases are technically required to run cattle, sheep or goats. While destocking for a short period of time is not a new practice, it would normally happen across a small area – not across an entire 150,000 hectare pastoral station. Given the costs involved in maintaining a pastoral station, it was also a risky decision.

David and Frances are now focused on restoring Wooleen’s Outback landscape and rehabilitating the vegetation, as well as running the tourism business that was first established by David's parents in 1993. You can find out about staying at Wooleen on their website.

Ultimately, they hope to run a diversified business that combines tourism and a sustainable cattle station on healthy, productive land.

Driving through the landscape with David, he points out the washaways in the creek beds and the way the saltbush sit atop small mounds of earth. The saltbush protect the soil from the wind, but between the saltbush, the bare earth has blown away.

The rains have filled Wooleen Lake, a nationally important wetland, so a great expanse of water covers usually dry ground. The lake system covers 5500 hectares and is a well-known breeding site for Gull-billed Terns, but only fills around once every nine years.

David reminds us to look beyond the wildflowers and the rush of annuals that appear to dominate at the end of the very wet 2015 winter. Annuals are plants that germinate, produce seed and die within the space of a single growing season – they don’t remain on the ground through the harsher periods of the year.

Instead, it's important to look for the plants that will persist right through the summer, long after the moisture has gone from the soil.

And what will persist are the saltbush, long-lived, slow-growing plants with extensive root systems that hold the soil together and can sustain livestock through dry times. It’s these plants that David is working so hard to re-establish, right across Wooleen Station.

Would you like to visit Wooleen Station and stay in the historic homestead? If so, this could be your chance - we're running a competition to win a trip to Wooleen! Click here to enter! Competition closes on 31st March 2016.