Highlights from an amazing year for the Outback

Posted by Suzannah Macbeth on December 21, 2018

As 2018 draws to a close, it's time to pause and reflect on the year that's been. Together, Outback supporters have worked to create a brighter future for both people and nature in the 90% of our state that is the Outback.

Here's a few of the highlights from the past year... 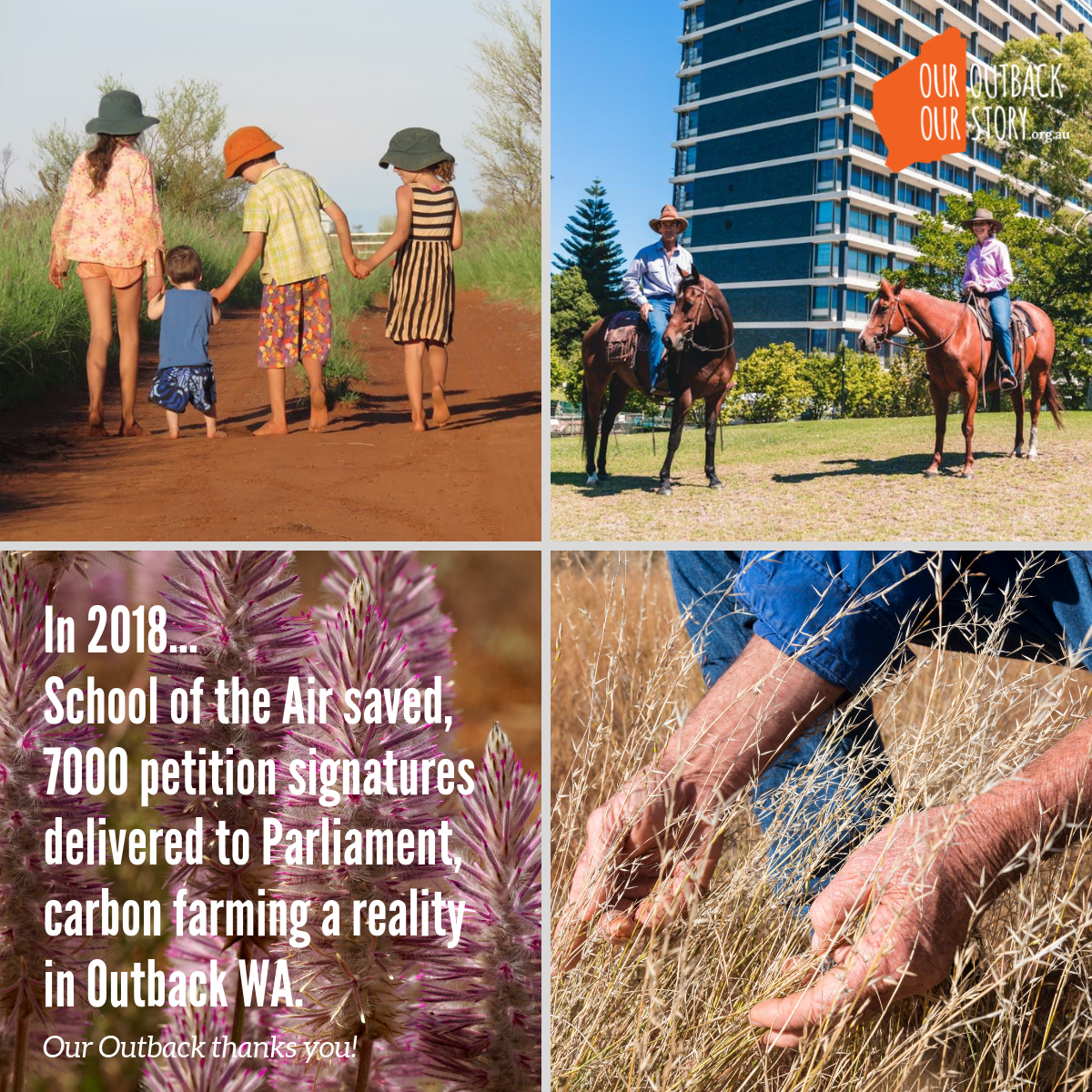 Saving WA's Schools of the Air

A year ago today, we joined the fight to save WA's Schools of the Air. Schools of the Air are at the bedrock of life in the bush, and axing the service would have forced more families to move to the city, ultimately diminishing the social fabric of the Outback. In the end, Schools of the Air were saved thanks in part to Outback supporters who made sure their voices were heard, loud and clear.

On horseback to the heart of the city

Pastoralists Evan and Robin Pensini rode on horseback to the heart of Perth's CBD to deliver a petition with 7000 signatures in support of Outback reform to Minister Alannah MacTiernan. It was a powerful statement to the WA Government about just how much Western Australians care about the people, nature and future of our Outback. To revisit that exciting day, check out the photos on the Outback blog here.

Two weeks later, we celebrated a big win for the Outback - the WA Government announced that they would allow carbon farming on pastoral leases. Since then, WA pastoralists have started work on carbon farming projects that have the potential to regenerate areas of bush spread across millions of hectares of WA’s Outback, while providing an additional income source for people on the land.

These big moments for the Outback in 2018 would not have been possible without the support of thousands of people from all over the state. Together, Friends of the Outback are a powerful movement to ensure that the voice of the Outback is heard.

2019 promises to be another big year, as we work to secure changes to the outdated Outback laws that are holding back people and nature. We've come a long way, but there is more to do if carbon farming and other sustainable enterprises such as tourism are to reach their full potential.

But for now, it's time for a well-earned break! From all of us at Partnership for the Outback, we wish you all the very best for a safe and happy festive season.